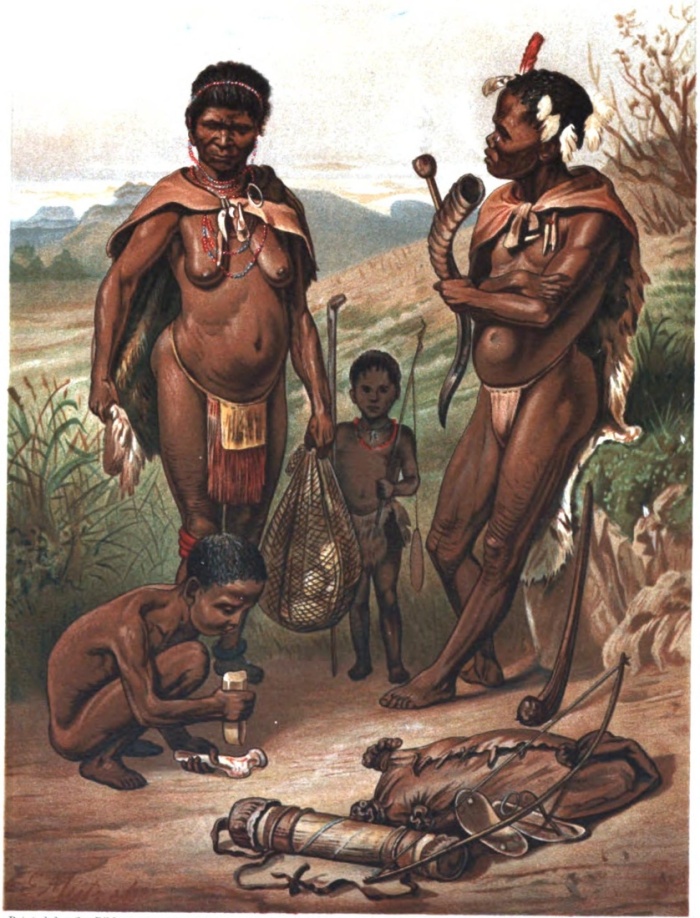 ON THE COLOR LINE
by David Arthur Walters
KANSAS CITY—I have been writing about racial issues lately because when reading the local papers I discovered it was Black History Month, and then I noticed the Color Line drawn by a prominent “African-American” Kansas Citian, Lewis W. Diuguid, member of the Editorial Board of The Kansas City Star, in the form of several opinion articles celebrating Black History Month. In one of those columns he complained about the Color Line, and in another he prophesied that scientific progress and miscegenation would cause the Color Line to vanish. 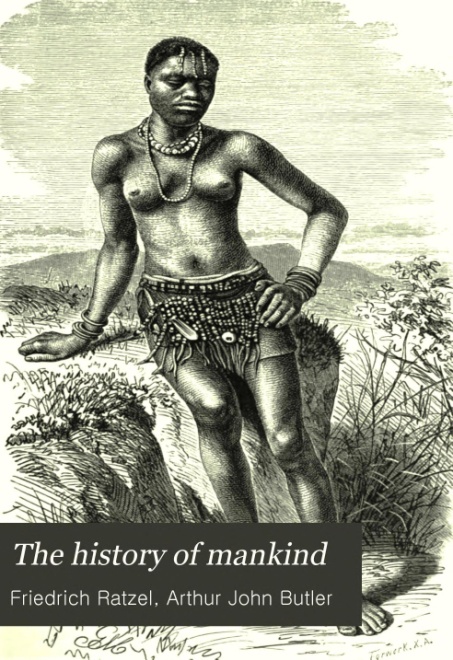 Lewis wondered why he received so much negative email from his readers, many of whom happen to be morons like myself. I use the term ‘moron’ in the loose sense, of ‘fool.’ I am a fool for being attracted to an absurd discourse about something modern science proves does not really exist, or, if it does, is really not noticeable although almost everyone thinks it is obvious; to wit, race, the spurious basis for racism; that is, the idea that there are several human races instead of one animal subspecies, human so-called. 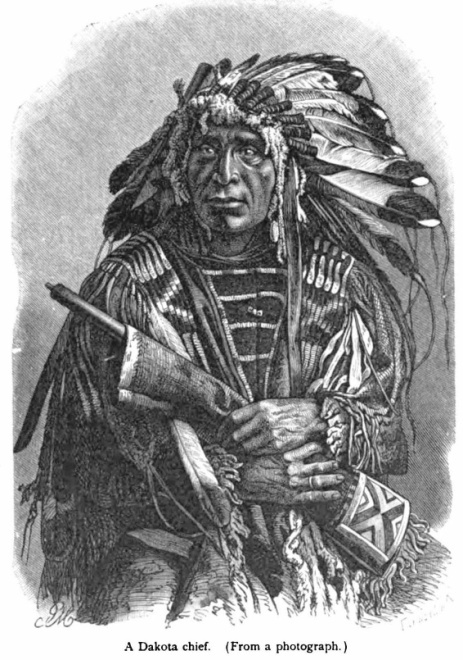 One might as well argue about nothing at all than to argue about something that does not exist, to say, “There is no such thing as race, but African-Americans are being discriminated against by racists.” But when one fool draws a line, other fools are bound to toe it. And Lewis did draw the Color Line when he wrote about Black History Month, implying that the rest of the months are white or are at least up for grabs by whites, reds, yellows and greens, all of whom had better watch out and not step on black toes or use the Latin term for ‘black’ during Black History Month. Of course all the months were hogged by whites until a black month was carved out, but never mind.

I am not a racist nor am I a Negrophile. I am a colorist with an aesthetic preference for blacks and browns. Unlike Moses’ sister, I am fond of that Kush woman, whom I believe was actually a priestess of Isis. Yes, my Isis is Nubian, the dazzling black virgin beauty who was, in the form of black basalt, much admired along the Nile up north in fertile Black Land, where Nubians ruled as pharaohs for a century or so— Nubians are credited with forming the first political state known to humankind. Space, as we know, is the form of Isis, just as Space is the Robe of her Time-destroying sister in Bharata, Siva’s wife Sakti when in her darker mood; I mean the one and only Black Mama, Kali Ma. That is just for beginners. In any event, I am for the underdog wherever applicable, although I admit that I was slightly embarrassed when the lights came on after the Black Panther movie; several members of the audience pointed at me and laughed: I was the only white man in the theater, and I had been cheering the revolutionaries throughout the movie.

During Black History Month, black Americans or Negro Americans are respectfully referred to as hyphenated-Americans: African-Americans. An “unidentified” Negro man was found dead this winter, frozen stiff in a Kansas City back yard. The media referred to him as an ‘African-American.’ Whereupon I wondered, if the deceased is “unidentified,” how do they know he is an African-American? Did they mean he is black? There are several nations and tribes in Africa, and not all Africans are black. If he is an African, how can he be an American at the same time? Slavery was abolished some time ago. Did he immigrate to America from Africa, or vice versa?

Well, all Americans are African if the human race originated in Africa, but we do not call ourselves African-American. In fact immigrants do not like to be hyphenated in America, so why denigrate people who have actually emigrated from Africa? Or is it that ‘African-Americans’ want to return to Africa as did the Liberians? Or maybe they do not like America at all; but then why be chained to it with a hyphen? Why not be one’s own nation, a Nation of Islam? But why have a nation limited by religion? And why, when the television stations report on crime, do they refer to Negro criminals as “black”, yet others are “African-Americans?”

Of course enlightened people know the various answers to all of these questions, for the questions have been asked and answered time and time again. Most Americans do respect the “African-American” culture whatever it may be called. We sincerely appreciate Africa’s “gifts” stolen by America. Without those gifts, WASPs would be honking hogs, or, as the Chinese used to ambiguously say during the Boxer Rebellion, grunting (preaching) pigs (lords).

But never mind. We know very well what the collective name, African-American, is supposed to mean, whether it is hyphenated or not. We know that Africans of various tribes and nations were abducted and enslaved in America and elsewhere. Slaves were separated from their mates, children, tribes and clans, and all were mixed up here and there. English replaced their several languages, yet most slaves were not allowed to read hence were kept and called ‘ignorant.’ Other elements of the English culture were forced upon them. But something generally African endured in the American mix up, wherefore “we” have African-Americans, if “they” so wish, and we appreciate the merits of Black History Month even though it draws a Color Line, confused and gray as it may be by miscegenation and science.

Our indigenous Indians were not so confused by the white barbarians, wherefore they managed to retain much of their oral history. Despite the Native American and American Indian political difference over whether they should be called American Indians or Native Americans, they still have their tribes and nations even though many languages have been lost. We do not hear anything of Apache-Americans, Sioux-Americans, and the like, for they were natives to America long before the white barbarians invaded; we think some of them are from China, perhaps arriving in North America via the Bering Straits and Polynesia while Neanderthals and Cro-Magnon people were living across the Atlantic; fast forward: we now know that a Chinese captain re-discovered “America” before Columbus arrived on the Eastern seaboard. Be that as it may, my Native American and American Indian friends do not like the compromise I came up with to resolve their dispute over their political nomenclature: Original American. And certain black Africans have also objected to the name: they lay claim to being the original South Americans, insisting that Portuguese sailors were not the first to be swept off course, from Africa to America.

But what the hell, why cannot we all just be Americans? After all, all the distinctions are being blurred by miscegenation, science, mass production and consumption. The world is next: thanks to the Blob, we shall soon all become gray and earn one dollar an hour; we shall all be Blurs!

I do not mean to make light of my subject or further blur the Color Line now that a prominent Kansas Citian, a member of The Kansas City Star Editorial Board, has clearly drawn it and complained of its existence. I realize white history left little room for black history; for instance, I have before me a book written by Dick Fowler of The Kansas City Star around 1950, entitled Leaders in Our Town, published in Kansas City by Burd & Fletcher. Fowler presents flattering biographies of 116 persons, said to be the foundation of modern Kansas City, including members of the Kemper dynasty, James M. Kemper and R. Crosby Kemper. All 116 persons are white males, of which around 90 are businessmen and 12 are professionals, mostly lawyers. When thinking of erasing the Color Line or breaking through the Glass Ceiling in the name of Equal Opportunity, it might behoove black and female leaders to harken to the words of one of the 116 leaders of Kansas City, Barney L. Allis, who managed my favorite hotel, the Muehlebach:

“Opportunity is the things that seem too difficult for the other fellow.”

I am from Hawaii; I am not used to hearing about the black Color Line – I have heard a lot about the Yellow Scare. Hawaii is one of those old so-called “melting pots of the races.” Its racism is relatively quiet and tranquil. Ethnic groups used to poke fun at each other, but uptight political correctness from the Mainland put an end to it. Blacks are popolos, whites are haoles – haole originally designated any alien or foreigner, but now it is more or less pejorative, the H-word for any white man. Hawaii has its locals, its Chinese, Japanese, Samoans, Filipinos, Portuguese, and so on. “Hawaiian” is reserved for native Hawaiians, so residents of Hawaii do not normally call themselves Hawaiians, in the sense that Texas residents call themselves Texans. American citizens are Americans (as if United States citizens owned all of America) but the Hawaiian Islands are of course not part of the American continent, Many patriotic American citizens who reside in Hawaii sympathize with those who resent Hawaii’s annexation and its aftermath, but they would never secede from the union or Costco or Wal-Mart and the like. 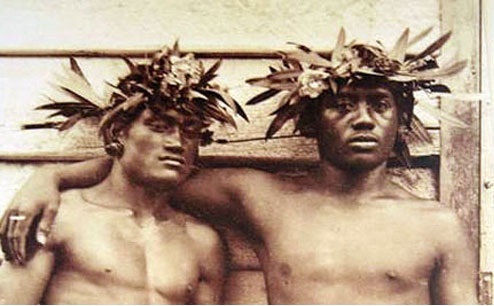 So the Mainland jabbering about “African-Americans” and the Color Line rings rather strange on my ears. If my talk about it has stepped on a few black toes during Black History Month, I beg to be pardoned for being so clumsy. In any case, token editorials do little for people who are being persecuted because of their color and other superficial characteristics, especially if those editorials are not followed up by independent investigations and the exposure of public representatives and corporate executives who perpetuate and exploit prejudice for fun, power and profit.